Saving lives while inspiring the next generation of blood donors

A half century ago, a committed blood donor motivated Henry Proske to start giving. Now it’s his turn to inspire.

The need is constant for blood, plasma and platelet donors, and won’t take a break during the upcoming long weekend. Book now to donate and be a hero to patients. There are thousands of appointments available across Canada.

When Henry Proske donated blood for the first time more than 50 years ago, he was following the example of a girl he wanted to impress.

“She had a very rare blood type — I think it was AB-negative — so quite often the Red Cross [Canada’s former blood operator] would call her and say ‘we have an emergency at the hospital, and the patient has AB-negative blood, and we don’t have a supply,’” recalls Henry, who lives in Langley, B.C. “And they would send a taxi to her work to take her to the hospital to donate blood.

“I remember how impressed I was with that. So I decided, O.K., I’m going to donate as well.”

Donating blood is a simple way to ‘do something good’

A lot has changed since Henry’s first blood donation in the late 1960s. For example, Canadian Blood Services took over from the Canadian Red Cross as the national blood operator in 1998. And today, donors — including the 0.5 per cent of Canada’s population with AB-negative blood — contribute to a national blood inventory that we shift around the country as needed. Most don’t get called to donate for specific people in crisis, unless our rare blood program has identified their unusual blood sub-type as a critical match for a patient.

As for Henry himself, he has donated blood more than 160 times since that first visit. He did take some breaks while he was travelling the world in his twenties, since his trips to some countries left him temporarily ineligible to donate blood due to malaria risk. But he came back to help save lives when he could. His own blood type is A-positive, the second-most common type in Canada after O-positive, so every day there are huge numbers of patients he can help.

“Donating blood is just something I felt I wanted to do and needed to do,” he says. “And as it turned out, later on, my dad developed a condition where he needed weekly blood transfusions.

“I think he was in his 90s, and that went on for about two years. So that was certainly a huge incentive to keep giving blood. Even though he wasn’t in Canada — he lived in Germany — I thought ‘I can do something good here.’”

How can I find out my blood type?

We check your blood type when you first donate blood, plasma or platelets. After that, you’ll be able to see it on the homepage of your GiveBlood app, or on the dashboard when you log into your account online. Find out your blood type by booking today at blood.ca/donate.

It concerns Henry to hear that while one in every two people in Canada is eligible to donate blood, plasma or platelets, only one in 81 actually does. So he tells people about his own blood donation experience when he can — even while running errands after appointments, when strangers ask him about the colourful tension bandage on his arm.

“I’m advertising it all the time. I’m not shy about telling people I went to give blood,” he says.

As a high school technology teacher, Henry encouraged many students to donate blood over the years. And his own children have also joined the new generation of donors. These younger donors are vital, especially as our total number of regular donors has declined by 31,000 over the course of the pandemic. More than 100,000 new donors are needed in Canada this year to keep up with demand.

ABC’s of eligibility for donating blood, plasma and platelets

Henry’s daughter Andrea, a member of the national women’s rowing team that won Olympic gold in Tokyo in 2021, used to donate blood alongside her dad. She’s continued to give well into adulthood as her training allows. And his son Max, who donates platelets every two weeks, has already surpassed 100 donations.

Both cite their dad as their inspiration, but Henry is modest about his own role in their commitment.

“I think you lead by example. I certainly didn’t discourage them!” he says. “I guess they saw me going all the time and giving blood, so they decided they wanted to do it, too.”

Since anyone age 17 or older can be eligible to donate blood, Henry plans to keep setting that example well into the future — saving many lives along the way.

“I know that in certain countries they stop taking your blood at 65 or 70, but that isn’t the case in Canada. So as long as I’m healthy, I’ll continue giving blood as long as I can,” he says. 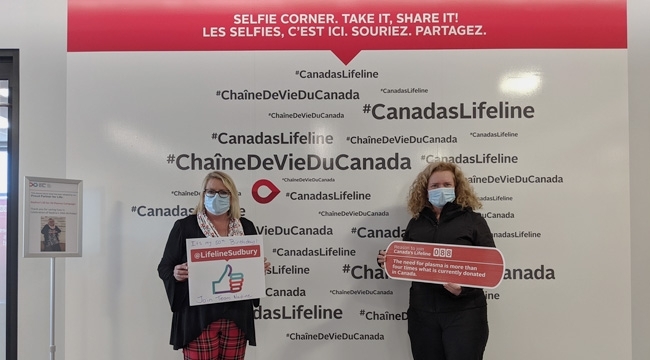 A grateful recipient shares why plasma is important

After decades of chronic illness, Nadine Law celebrated a milestone birthday thanks to plasma donors 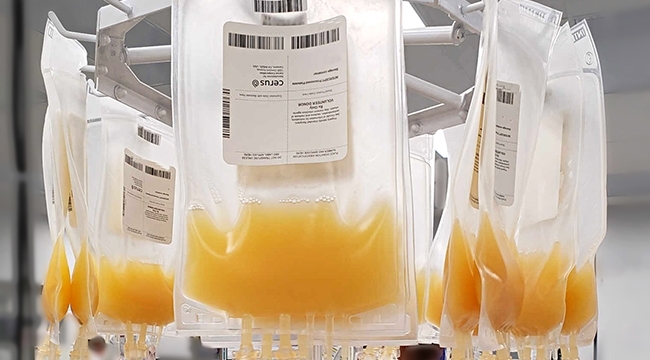 Providing a new layer of safety through pathogen inactivation 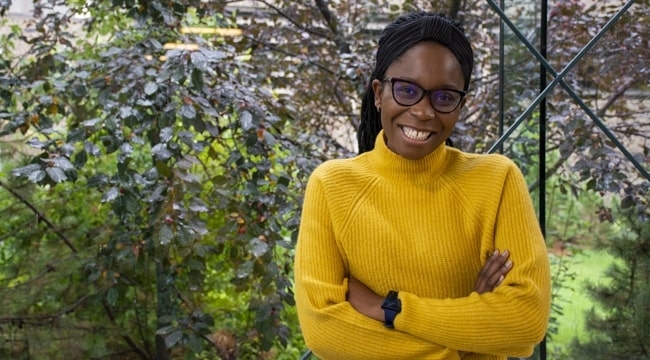 Celebrating the women who show up for Canada’s Lifeline

This International Women’s Day is all about women inspiring women